Please enter a query below to search through the current blog posts.

Can Wasp Nests Cause Damage 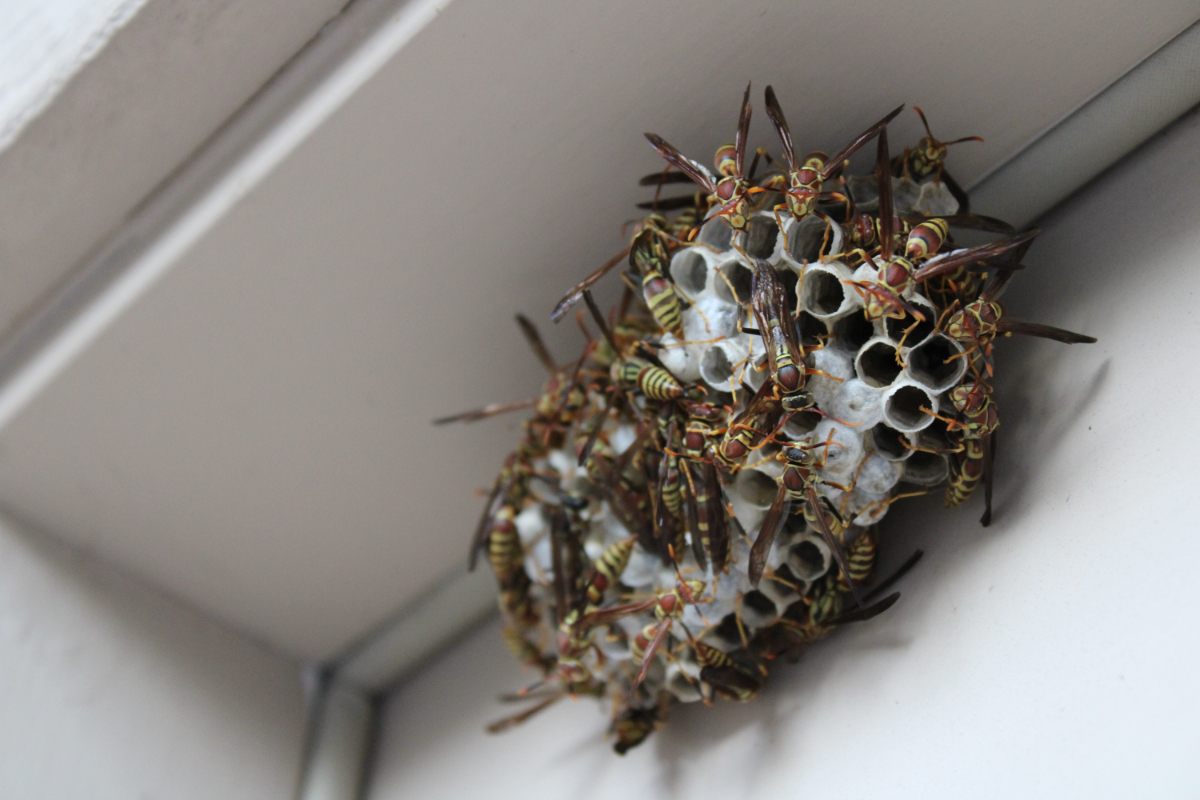 Can Wasp Nests Damage Your Home?

Wasps may be one of Britain's most hated pests, but they aren't recognised for being destructive pests like wood-burrowing beetles or termites. Naturally, wasps build their nests from wooden fragments and fibres, meaning they cause limited damage to the property the nest is attached to.

Quick removal of wasp nests prevents the development of further issues. After removal, some residues may be left though these are easily cleaned away. If you notice an increase in wasps around your property, contact a professional pest control company to locate and remove the source.

Besides removing the wasps' nest, increased numbers of wasps in your home can highlight a need for home repairs, as wasps often access buildings through pre-existing small holes in the wall or roof.

In what ways will a Wasps nest damage my house?

Wasps can cause damage to your home, although it may not be much. Wasps aren't destructive pests, unlike birds and rodents.

Even the development of a wasps nest causes minimal damage to your property, though they should be removed by a professional pest control and removal company when noticed.

Despite wasps being non-destructive pests, their presence can still lead to some problems. Namely, when the wasp's nest becomes wet, it can spread moisture to surrounding areas causing damp and weakening structures. 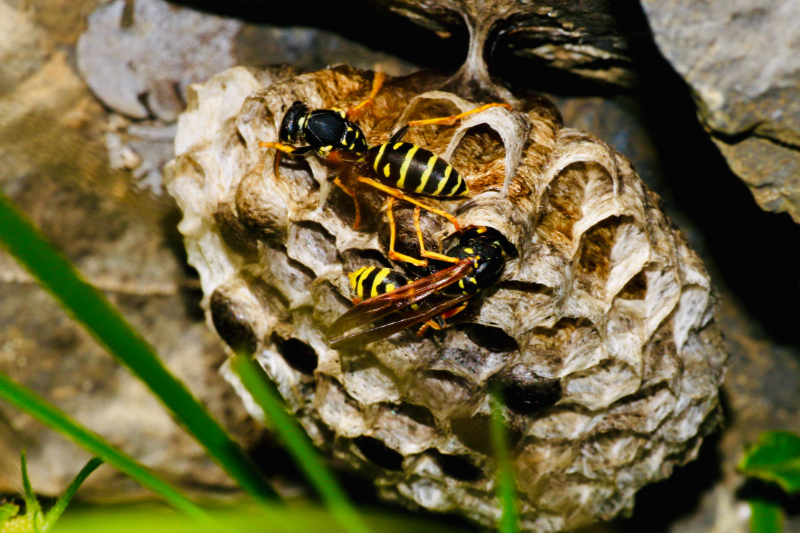 How serious is the threat of damage to my home?

Although Wasps are arrogant and can pose a risk to public health and safety, they're rarely responsible for extensive property damages.If wasp nests are left for a long time, you may notice the signs of wood damage nearby.

The damage will most likely be minimal, but it’s still worth looking out for once the experts have removed the nest. Wood damage can be caused when wasp nests grow and absorb moisture, which can then penetrate surrounding surfaces and contribute to the development of damp.

Do wasps do any real harm?

The growth of a wasp colony can be a real threat to the relaxing home life or efficient business environments. In the UK, there are 7,000 species of wasps. Only nine of these are currently known to build nests to home the colony.

The nest is one of the most destructive aspects of Wasps, and not even half of the Wasp species build these, so this should ease your worries. Although, public health can still be endangered by the presence of wasps without a nest.

On the other hand, Wasps should be appreciated for their pest control and removal abilities. Worker and male wasps work to locate the larvae of other insects to feed to their larvae, in turn reducing the population of other invasive pests. Moreover, to build the nest, wooden fibres must be collected.

If you have rotten wood nearby, the wasps will use this, subsequently reducing your work. Wasps can contaminate food and drink with various minor to severe diseases, so be wary of wasps coming near you when eating or drinking, as the pest is likely to have stopped by a rubbish bin or a dead insect.

Then sting of a wasp injects the victim with an Alkaline poison, inducing redness, swelling and itching. In more serious cases, the victim, whether human or animal, should seek medical or veterinary advice. When wasps are killed, they release pheromones that call the colony to defence.

In this case, if multiple wasp stings are attained, the victim could go into anaphylactic shock and should immediately seek medical help. During the end of their life cycle, when Wasps are most likely to sting without cause, so be wary towards the end of the summer months. 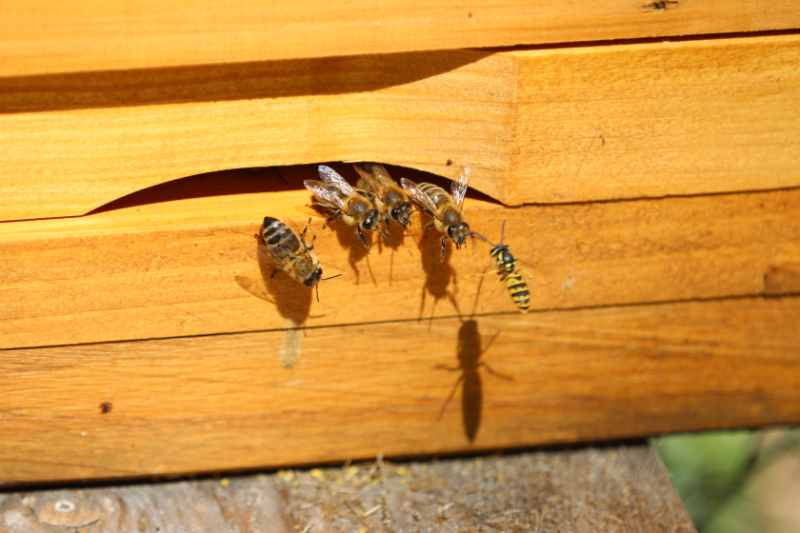 How do wasps affect you?

Wasps can be very pesky whilst causing little harm, although the lack of risk doesn't mitigate the annoyance when you hear that first buzz of the year.

Towards the end of summer, the worker wasps can stop collecting insect fragments to feed to their larvae, meaning they have more time to indulge in sweet treats, including jams, fruits, syrups and ice cream.

This is bad news for humans, as wasps start to enter kitchens to find the sweet food they desire. Although they may not immediately appear aggressive, they will sting if aggravated or prevented from collecting sugar. In cooler months, wasps become increasingly irritable for various reasons.

Firstly, they know winter is coming, so they rush to stock the queen up before her hibernation. The wasps also have less access to food, making them 'hangry', and the fruit they feed on will be over-ripe, making the wasps appear 'tipsy' owing to high sugar content.

Although a few wasps can cause little damage to property and daily life, the development of a wasp colony or hive can increase the risk significantly. Three key markers are given below to recommend when to call a professional pest control team.

The venom from a wasp sting can kill in a short period of time, so it's vital that when a nest is noticed, it's swiftly and professionally removed. Contact Pest Control Hampshire Ltd today for a trusted and reliable service.

Wasps are very territorial pests; wherever they build their nest becomes their home, and they become determined to defend against anything considered an intruder or threat.

Besides this, over time, a wasp nest can cause damage to your home, including the growth of dampness, so contact a removal service to prevent further damage.

If a wasps nest is ruining the time you spend in your outdoor spaces, or you have to make significant adjustments, then it's probably time to call a professional team.

Are you looking for wasp nest pest control services in Portsmouth, Southampton, Basingstoke And Hampshire?

Follow the links below to find a pest control specialist to help resolve your pest infestation.